In 1968, the South Dakota Sportswriters Association created the South Dakota Sports Hall of Fame to honor and celebrate the state’s athletic legacy. In over half a century, the SDSHOF has inducted 301 men and women. According to former Aberdeen American News sports editor John Papendick, “More than one-fourth of the Hall’s inductees have Aberdeen or Aberdeen Area connections. Many of the remaining ones have participated in sporting events in Aberdeen sometime during their careers.”

Papendick has been involved with the SDSHOF for about the past 15 years, as well as in the 1980s during his time as sports editor of the Mitchell Daily Republic. The Hall of Fame is now managed by a group of more than 30 volunteers from across the state. A selection committee, on which Papendick sits, evaluates nominees, and refers them to the full committee to be considered for induction.

The selection committee used to be just sportswriters, Papendick says. “Back when I started, sports editors had been at papers a long time, but even by the 1980s that changed with turnover,” he adds. “The consistency wasn’t there. There were fewer writers who knew a lot about sports across the state.” So the selection committee’s make-up changed, and it now has a cross section of members from across the state, not just sportswriters. “We try to get people who are balanced in their assessment, not biased for certain nominees,” he explained.

He also described the selection process: “Normally, we elect and induct 10 people a year into the Hall. And we will never run out of inductees as we currently have more than 200 nominees.” He adds, “I really admire the volunteers on the committee. It’s a big time commitment. It’s cool to see the dedication of my teammates on the committee.”

Dozens of people with Aberdeen connections have been inducted into the SDSHOF. Here are a few of those with brief summaries of their accomplishments leaving out many statistics, awards, and inductions in other halls of fame. In addition, a few Aberdonian inductees shared some reflections — a common theme of which is that none of them earned the honor by themselves. It takes a team. // –Patrick Gallagher

1956 NSU grad. 32 years as NSU coach and/ or athletic director. First year as football coach (1969) led the Wolves to an unbeaten season. 67-46-7 in 12 seasons as football coach. A Little All-American (a recognition for top national players in classes other than Division I) at NSU. Held school career rushing record (4,121 yards) for almost 45 years.

“My wife is amazed I can remember almost every ball game I was in,” Kretchman notes. “Lots of memories—some I’d just as soon forget and some that bring great pleasure.”

He started school in Lebanon, SD, which had 17 students. Then he moved to Faulkton with a “huge” enrollment of 100, “but it had football,” he noted. “The first football game I saw was one I played in. I didn’t have a clue what was going on,” he said. Not bad for a guy who held the NSU career rushing record for over 40 years.

Despite his accomplishments as a player, he spoke more about coaching, “A coach’s equity is really tied up in people. I coached around here, and many athletes I coached still live here. It gives me no greater joy than to visit with them now.” He added, with a chuckle, “I always remember our teams as being better than they probably were. That’s one of the good things about human memory. It enhances things.”

Like most good athletes (and most good people), he recognizes that he didn’t do it all on his own. “Clark Swisher was my coach, then I coached for him and then he coached for me,” he said, reflecting the different NSU roles each man had over time. “Never do I think of athletes or Northern without thinking about Swish. We were probably about 180 degrees different in personality, but he had a great influence in the community and on me.”

“Coaching is a rewarding career,” he concluded. “If I had to do it all over again, I’d follow the same path.”

1969 Aberdeen Central grad. 1973 Iowa State grad. At the 1969 state Class AA track meet in Spearfish, threw discus 211 feet, 4 inches — farther than any U.S. high schooler had ever thrown it, still a state record. (Record never recognized nationally because later surveying showed uneven terrain.) Held state record in shot put. As ISU tailback, he set the single-season rushing record of 1,316 yards. All-American quarterback 1972. Set ISU records for total offense in a career, touchdowns scored in a game, season, and career, and touchdown passes in a season. Finished 7th in Heisman Trophy vote. Set the ISU record in the discus. First round draft pick of Houston Oilers in 1973 — only first rounder ever for ISU. Played three seasons in the NFL.

1974 NSU grad. Voted best all-around male athlete in NSU history. Earned 16 varsity letters, four years each in football, basketball, baseball, and track, most ever by an athlete at any South Dakota college. 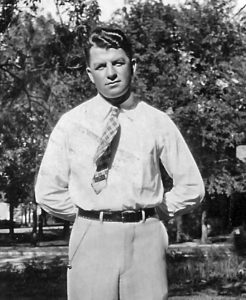 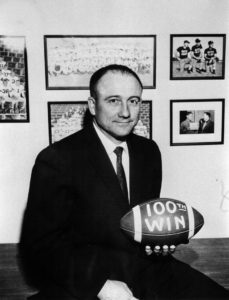 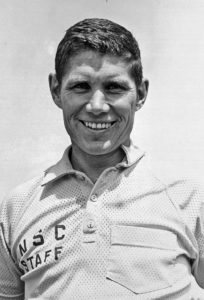 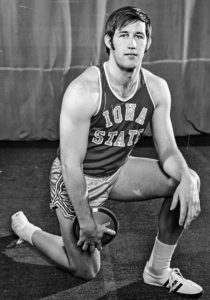 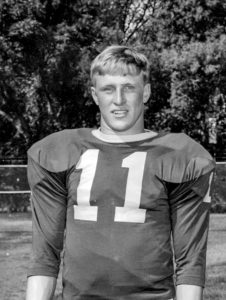 Bob Olson reflected on memories, particularly of the people who contributed to his and NSU’s success. “Collaborating with Todd Jordre, Tim Miles, Brad Christenson and many other coaches and assistants made our program successful,” he noted.

“Coaches Wachs and Kretchman impacted my entire career as a student and coach at NSU,” Olson recalled. “Their professionalism and work ethic and desire to win were passed on to me. The time they took to establish rapport with students and fellow coaches was phenomenal.” He added, “Newspaper reporter John Papendick was fair and good at his job of reporting our games.”

He summed it up, “There have been so many contacts made through sports that have made major impressions on me and their impact has helped promote NSU Athletics as we worked together as a team.”

He also played amateur baseball for nearly 30 years, racking up impressive stats. His pitching record is an unbelievable 256-13, and he hit .410 with 277 home runs. He is the only player in state history with more than 250 home runs and more than 250 pitching victories — the personal statistic he says he is most proud of. During most of that time, he also ran the amateur team.

A member of four sports halls of fame, he recognizes, “You’re in with a select group of outstanding athletes.” He credits the “outstanding coaches” who contributed to his success, mentioning Smittys coach Reedy Fossum, high school coaches Don Reshetar, Jack Niesen, and Dave Smith, college baseball coach Bart Berndt, and Jim Kretchman, who was his college football coach when he played and, then, athletic director when he coached. He adds, “You pick up things from every coach. It forms your coaching philosophy — things you try to implement in your program.” 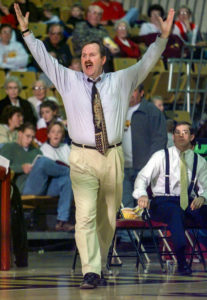 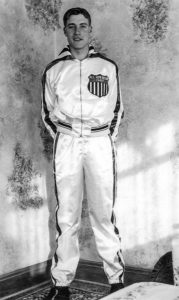 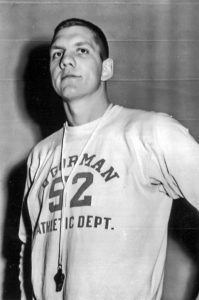 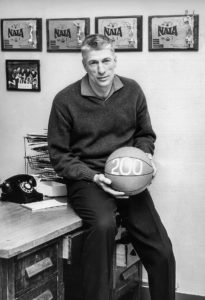 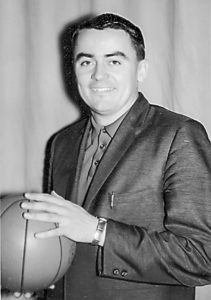 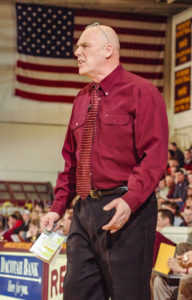 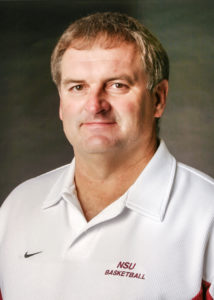 Kim Fordham-Lien spoke of people who influenced her by challenging her. “In high school, I was impressed by how tough and talented the runners at Central were that I got to run against every day in practice,” she said. “It helped prepare my work ethic, which helped me get noticed by SDSU coach Scott Underwood.” Fordham- Lien said that Underwood “set some pretty high goals” for her.

“At college I got to run on the track with some of my idols. I’m still friends with many of those people, amazing human beings.” She concluded, “None of it would have happened if Scott Underwood hadn’t taken a chance on me. He opened up my world. I owe it all to Scott Underwood.”

She is also a competitive horse rider and has competed in triathlons and duathlons. “I saw it on TV and thought it looked really hard and really fun — and it was,” she said. “It’s hard, but it’s a blast.”

In Aberdeen, she has been chair of the Chamber of Commerce and United Way campaign, and she has served on the Safe Harbor Foundation board and the Aberdeen Planning Commission — activities she credits sports for. “When I was young I was really shy,” she said. “Sports gave me more confidence. It gave me confidence whether it was speaking in front of people or volunteering. I was not afraid of embarrassing myself,” she laughed. 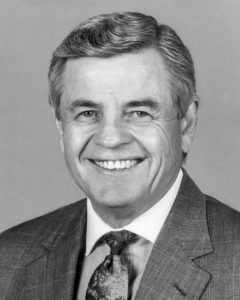 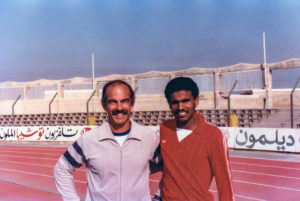 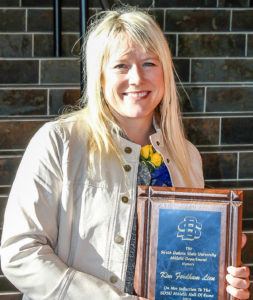 Born in Eureka. Introduced to golf by her dad who owned and ran Hyde Park (now Lee Park) Golf Course in Aberdeen. In 1942, at age 14, youngest ever South Dakota state amateur champion. Family moved to California. In 1950, at 22, one of 13 founding members of LPGA. With sister, Marlene Bauer Hagge, were featured in national magazines wearing shorts while playing, uncommon in the ‘50s. One of the first golfers to travel the Tour with her children.

Born in Eureka. First woman named to SDSHOF. Family lived in Aberdeen Hyde Park (Lee Park) clubhouse before moving to California. Youngest athlete ever named Associated Press Female Athlete of the Year, Golfer of the Year, and Teenager of the Year. Founder and, with sister Alice, one of 11 charter members of LPGA in 1950. In 1952, got her first Tour victory at age 18. Remains youngest player to join LPGA Tour and youngest winner of LPGA event. Inducted World Golf Hall of Fame, 2002. 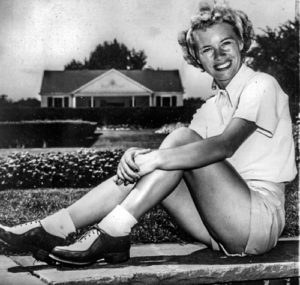 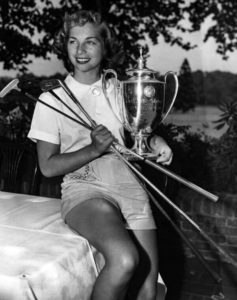 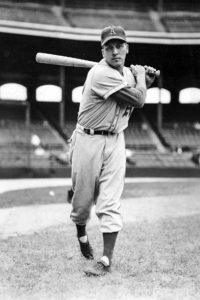 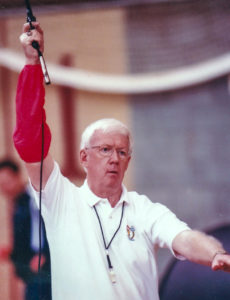 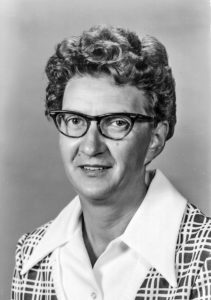 With the 2020 Hall of Fame Banquet rescheduled for June 12, 2021, many people around Aberdeen and South Dakota are left wondering what it takes to receive one of South Dakota’s greatest athletic honors. Being athletically gifted is a big help, but what makes a great athlete or coach stand apart from the rest? John Papendick offers a play by play on who is worthy of the honor.

“Almost every sport you can think of is represented in the South Dakota Sports Hall of Fame,” John says. “From traditional sports like football, rodeo, track, and basketball to polo, horseshoes, auto racing, and trapshooting to everything in between.” No sport is left behind, and all athletes with a serious dedication to their sport are considered if nominated.

“The Hall is all about uniqueness,” he points out. Amanda Clement was baseball’s first paid woman umpire. Lyle “Dusty” LeBeaux not only coached all eight of his children in state basketball tournaments, but also some of his grandchildren. Pal Christensen officiated 22 basketball games in eight days. Paul Sheeks co-founded the National Basketball League, a forerunner to today’s NBA. Groton’s Earl Sande rode Gallant Fox to horse racing’s Triple Crown in 1930 after coming out of retirement.

When it comes to South Dakota’s Olympic athletes, not many have found their place in the Hall just yet. “The standards to be inducted are tremendously high,” says John. Olympic gold medalists in the SDSHOF include runner Billy Mills, trapshooter Frank Hughes, and wrestler Randy Lewis.

The Hall’s showcase is in the Denny Sanford Premier Center in Sioux Falls (call ahead to be sure it’s open). Anyone can submit nominations to the Hall by filling out a form at www.sdshof.com. The SDSHOF is also always looking for contributions and/ or sponsors. If interested, contact papendickjohn@gmail.com.

For the sake of brevity in the biographical summaries here, abbreviations for institutions and organizations were used in most places. Here is a legend: