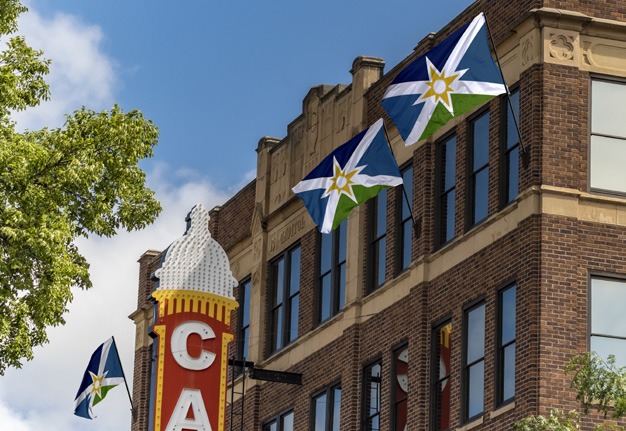 Many were seemingly unaware of the old Aberdeen city flag until recently when Hub City’s new branding campaign unveiled the new city flag. “The old flag, which was chosen as the winner of a design contest the Exchange Club hosted in the ’80s, features yellow details on a blue background. The old flag pays homage to the railroad’s integral part in the city’s founding. The new flag reflects the campaign, “Changing the Game,” and was designed by Pinned Workshop. While paying respect to Aberdeen’s past, the new city flag represents Aberdeen’s growth for the future. Both flags are vastly different in design, but they both represent the best of Aberdeen. // -Karlie Spiry