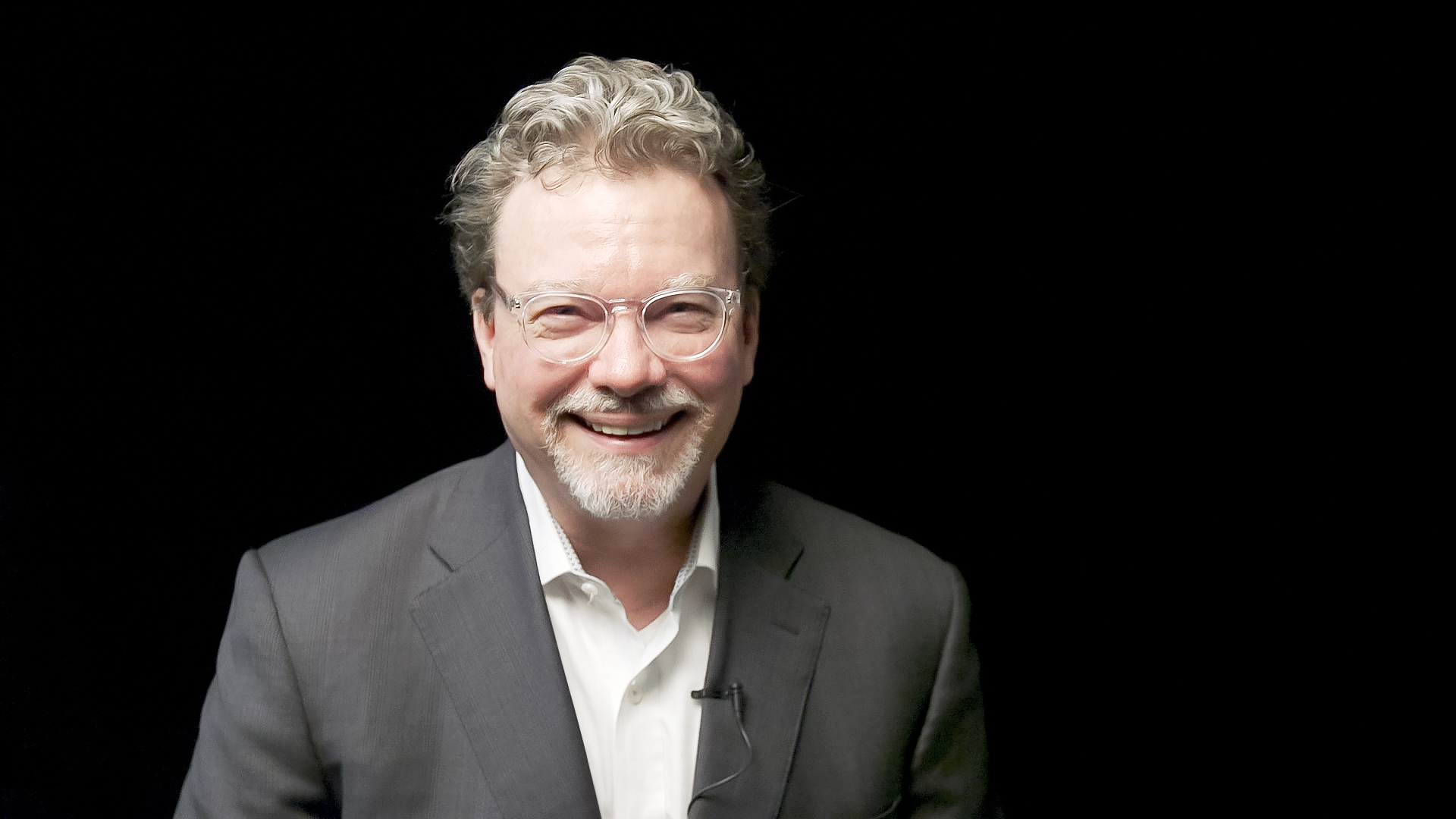 Dan Noble, Aberdeen native and President/CEO of one of the most influential architectural firms in the United States, recalls an idyllic, beneficial childhood in Aberdeen. He and his siblings, Jim and Mary, were raised in Aberdeen by Betty and Bob Noble.

Following his sophomore year at Roncalli High School, Dan Noble and his cross-country teammates were challenged by their coach. Run 1,000 miles this summer, came the daunting directive. “That’s 12 miles each day,” Dan recalled.

When the team gathered in fall for the 1976 running season, Dan discovered he was the only runner who’d met the ambitious goal. “I found a couple 12-mile routes that summer,” he said, “and I religiously followed them.” Dan also contributed to basketball and track and field teams while in high school, including running a leg on a school-record 3200-meter relay.

“Sports taught me much that helps me in business,” Dan explained, now President and CEO of the nation’s third-largest architectural firm. “Working hard to get better, embracing responsibility and leadership, and valuing teamwork are all characteristics I learned while competing as an athlete at Roncalli.”

From an early age, Dan aspired to a career in architecture. He built treehouses and tinkered with tools, but his curiosity sought bigger learning. “I remember biking around Aberdeen as a fifth and sixth grader, closely watching how homes and buildings were built,” he said. One homeowner found the youngster examining her new home under construction. “She asked my name and told me to leave,” he chuckled, “and then she visited my parents to make sure I was harmless.”

During his education at North Dakota State University, Dan discovered a mentor—a charismatic freethinker who emphasized esoteric concepts like designing buildings to enrich human behavior. “This was new to me,” Dan said, “but it made sense. I gravitated toward conceptual design in college and came to understand that design must be thoughtful toward the people it serves and harmonious to a building’s surroundings.”

Dan fondly remembers working a summer during college with Aberdeen architect Monty Lamont to help design projects in his hometown, including a modest addition to the community’s senior center on east Sixth Avenue.

After earning an M.S. in Architecture, Dan moved to Houston where he landed work in a small architectural company. But the firm soon folded, and he found himself waiting tables at a restaurant his brother managed.

He then moved to Dallas, reuniting with his college girlfriend, Ann, a North Dakotan who was also a newly minted architect.

“I searched in Dallas for architectural prospects,” Dan remembered. “I noticed the city’s most awarded firm was called HKS, so I approached them for a job.”

During his HKS interview, he was asked to join other architects at a local club for a few drinks. “True story,” Dan said. “That’s when I was offered a position.”

One of 150 employees, Dan was assigned concept-design opportunities, a plum position, but after several years he decided to seek different adventures. HKS leadership convinced him to stay and design hospitals, a new venture for the firm. Three years later he began directing a design team in the company’s booming health services portfolio.

Dan joined the firm at an opportune time, as HKS was prospering. Soon, he was elevated to lead design for the entire company. Within several years Dan was directing the health care group, the largest sector within the firm.

Eight years ago, Dan became President and CEO, and his responsibilities changed. He now oversees a sophisticated company with 1,500 employees, including 600 architects, serving clients on all continents from 24 domestic and international offices. Dan and Ann married, and they continue to live in Dallas, where they raised two children, but he is also a frequent global traveler.

If you watched the 2022 NFL Super Bowl, you may have noticed the venue, a sprawling, futuristic complex in Los Angeles. Dubbed SoFi Stadium, the project was, according to Dan, one of the most challenging and expensive in HKS history. “The stadium not only provides a singularly unique experience for fans and visitors, but it was built near a fault line,” he explained. “We had to design an expansive system of giant struts to prevent the structure from shaking to pieces in case of an earthquake.”

SoFi is only one notable sports and entertainment facility designed by HKS. Minneapolis’s U.S. Bank Stadium, AT&T (Cowboys) Stadium in Dallas, and Lucas Oil Stadium in Indianapolis are among others. “In addition to many projects underway in the United States,” Dan said, “we’re designing hospitals in China, resort complexes in Cairo and London, mixed-use developments in southeast Asia, baseball stadiums in Japan, and soccer stadiums in Australia.”

“Instead of designing buildings,” Dan explained about his leadership role at HKS, “I am now designing a visionary architectural firm.” He described an evolving HKS, offering a surprising array of expertise and creativity as buildings are planned and designed. “We have psychologists, archeologists, sociologists, and other non-architects on our teams to help guide decisions about how to create livable, useful, and inspiring spaces for people to thrive. We are cognizant about the relationship of good architecture to the well-being of the world. Imagining the future of architecture is what energizes me.”

Dan often refers to his upbringing in Aberdeen when describing his path to architecture’s summit. “Mine was an idyllic childhood,” he recalled. “I will always be grateful to my family and friends in Aberdeen for making it a wonderful place to grow up and for helping me establish a foundation that has served me well through all these years.” // 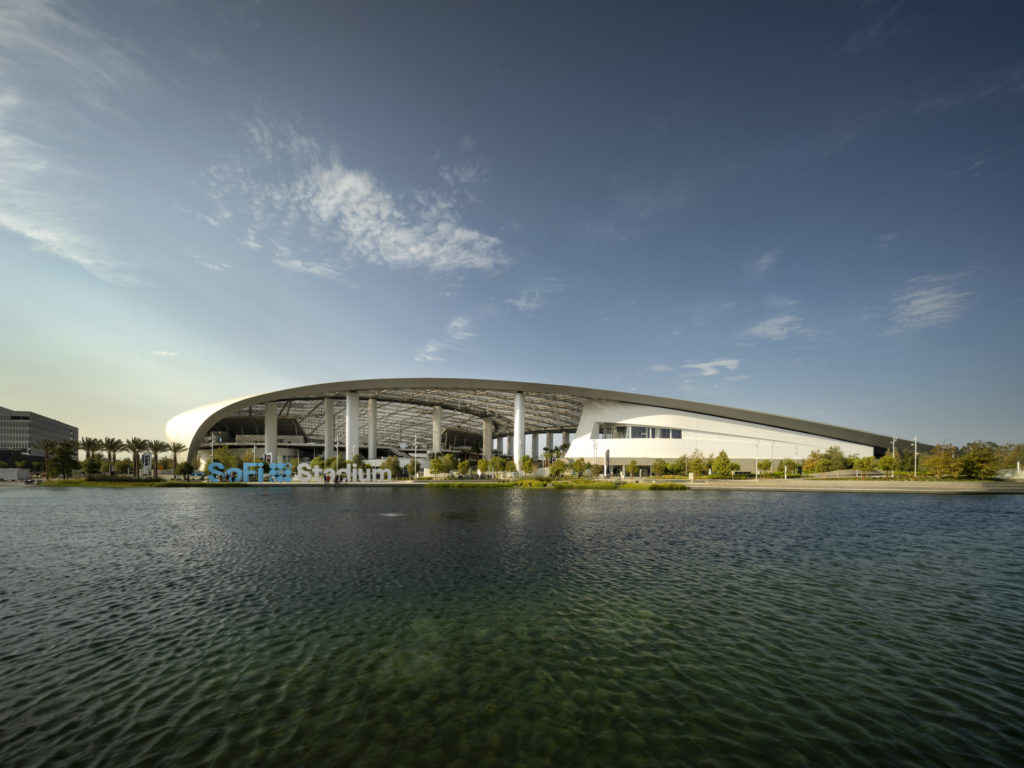 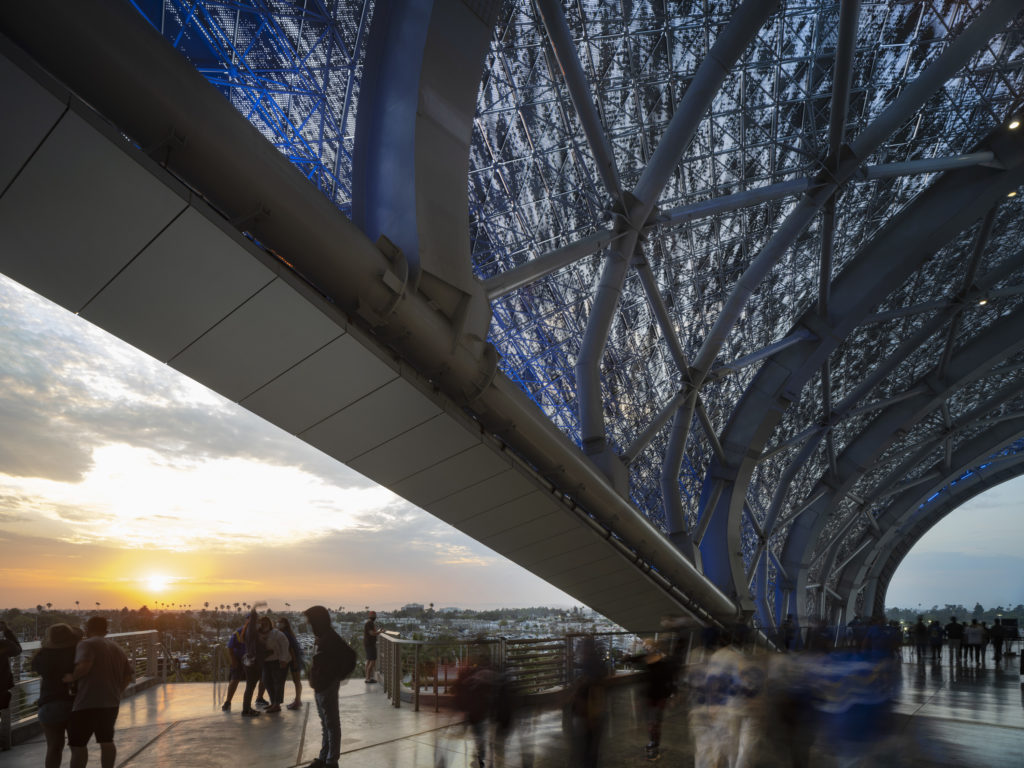 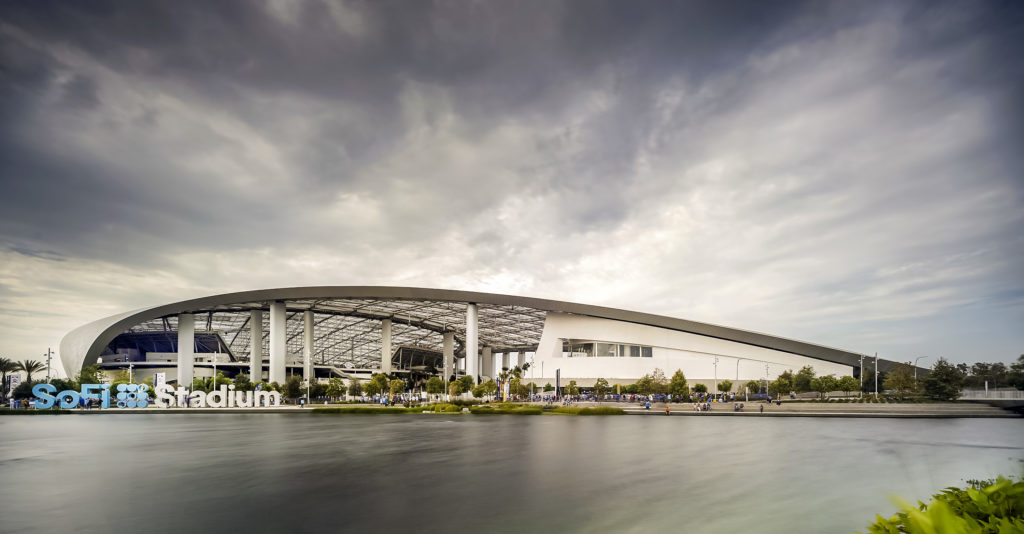 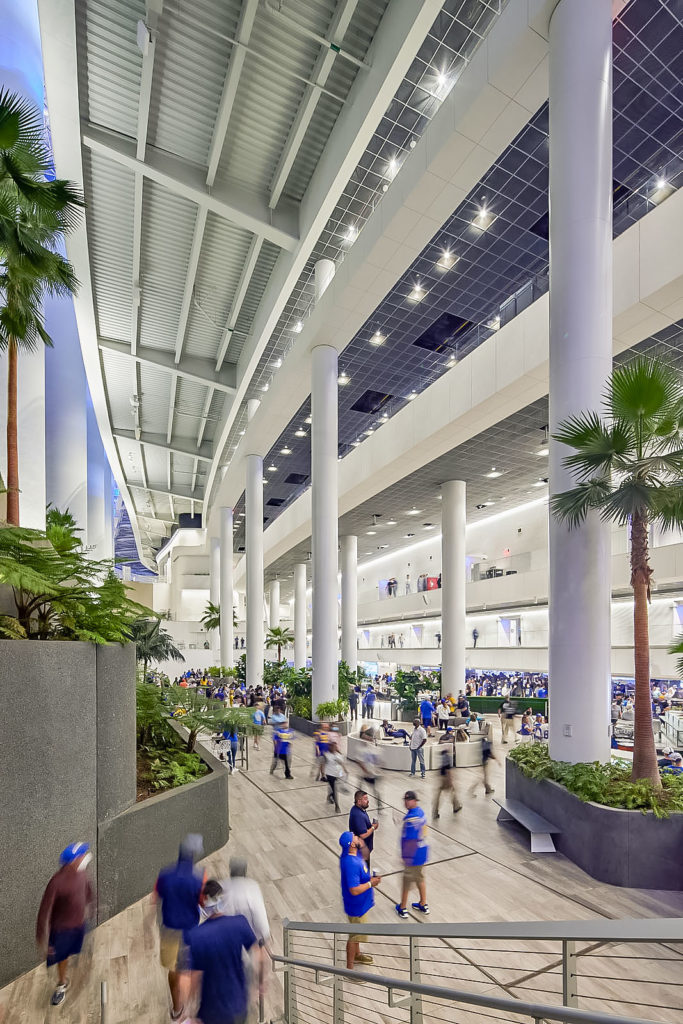 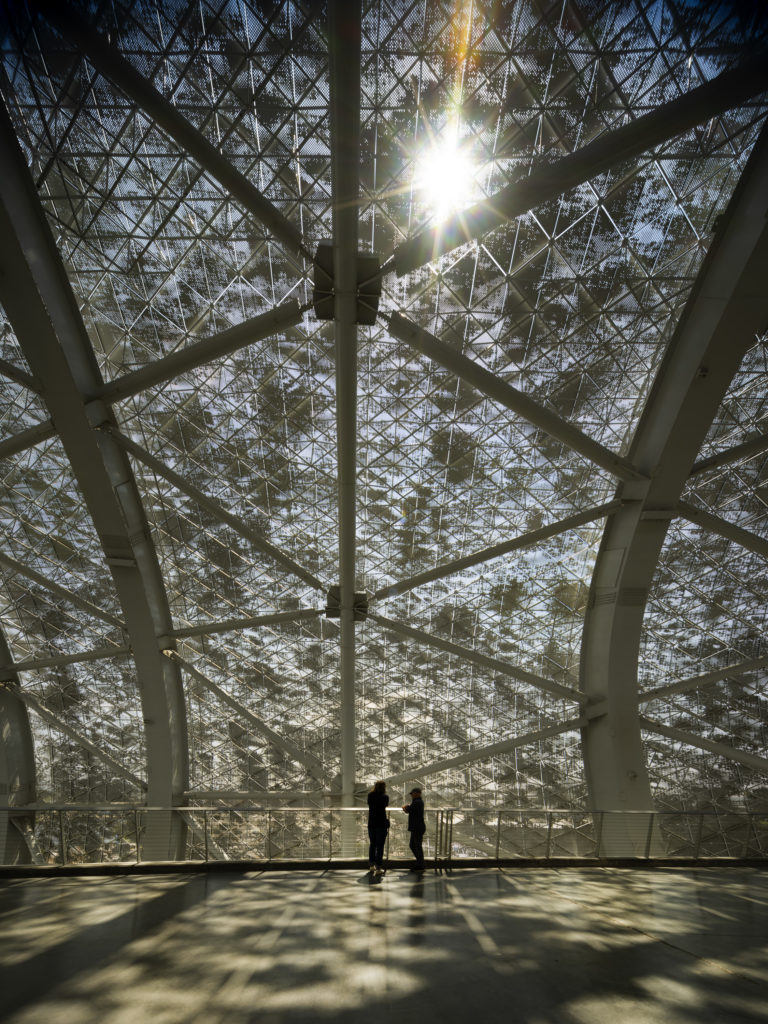