Your City
The Legacy of Lincoln Hall
As plans for NSU’s Lincoln Hall Project advance, learn more about the man behind the name—Isaac Lincoln.
By Patrick Gallagher | March/April 2022 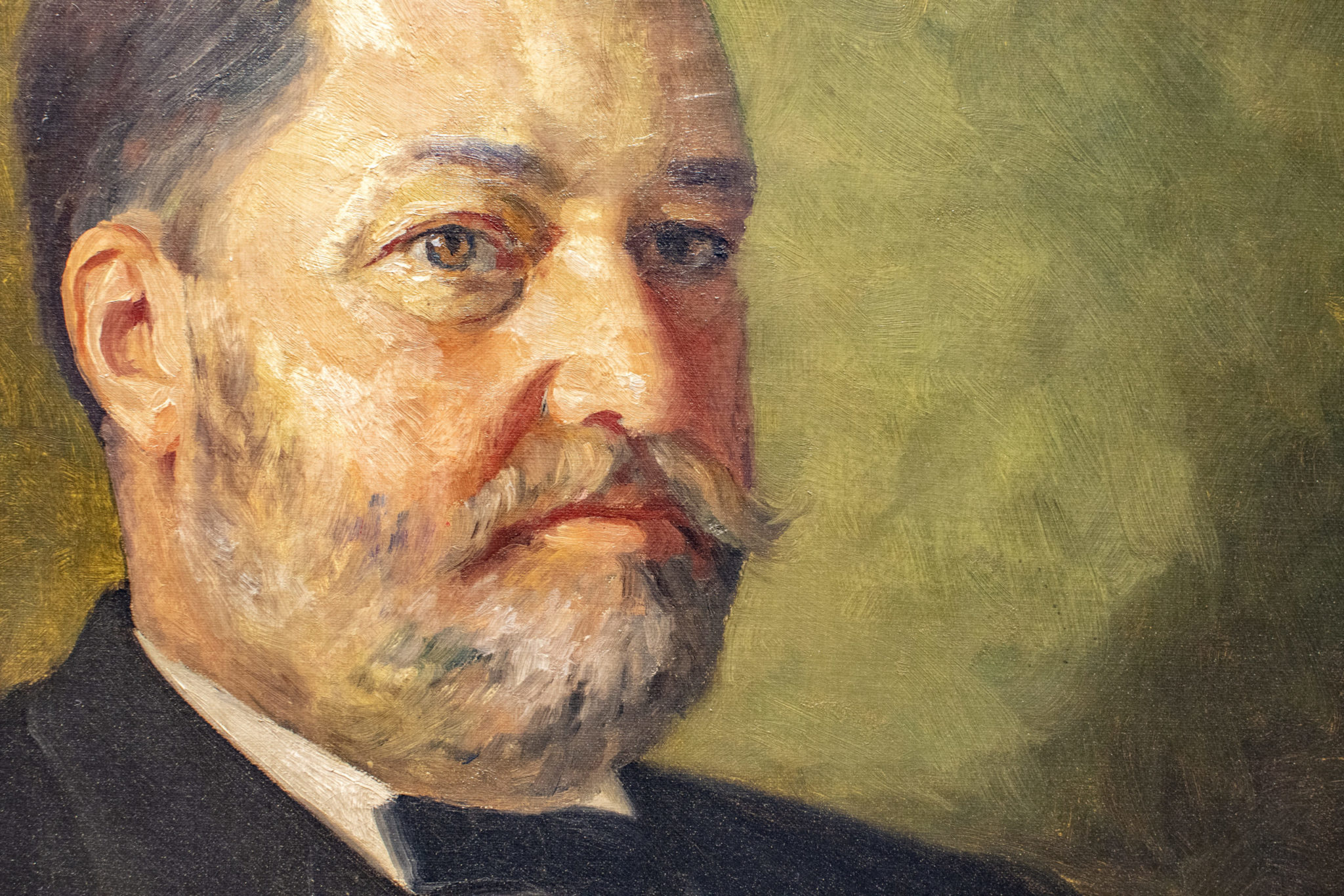 This portrait of Isaac Lincoln by Nicholas Richard Brewer can be found in the art gallery in Lincoln Hall. Photo of portrait by Troy McQuillen.

A Minneapolis newspaper editor who visited Isaac Lincoln’s ranch found him “an exceptionally interesting man,” who “has a wonderful faculty for being very interested in many things at the same time and for grasping the essentials of all with thoroughness.” Not a bad tribute for a high school dropout who became a pillar of Aberdeen and a founder of Northern Normal and Industrial School.

Born in Maine in 1863, Lincoln briefly attended a prestigious Massachusetts high school but left early to work on an Indiana farm. Then he headed for Dakota. Arriving in Aberdeen in 1886, he soon became a “banker of unusual prominence,” according to an early edition of Who’s Who in South Dakota, serving simultaneously in major roles with seven banks.

In 1903, he bought a farm near Aberdeen and became a model farmer. The same Minneapolis editor wrote that for Lincoln “farming is at once an avocation and a public service,” and he shared his prize-winning ways with his neighbors.

Instrumental in the birth and development of Northern, Lincoln even served as the Board of Regents’ largely unpaid local secretary for eight years, guiding the school through construction, fires, and presidents. In 1917, the Board of Regents approved construction of a new women’s dormitory and named it for Lincoln in honor of his longtime support for Northern. Lincoln Hall opened in 1918. Over more than a century, it enjoyed improvements and additions and housed women, then men, then women again. An art gallery was added in 1976, and it currently houses the business school and international programs.

In the meantime, Lincoln became a state senator in 1906, finding more ways to support Northern. Voted out in 1908, he returned in 1914 to serve four more terms. He was appointed to public roles, ranging from the State Fair Board to a key agriculture committee in Woodrow Wilson’s World War I administration.

As if his other pursuits weren’t enough, Lincoln was involved with so many endeavors a Regent once proclaimed him “one of the busiest men in Aberdeen.” Among many activities, he promoted the Grain Palace, helped direct local financial support for Brown County’s contingent in the Spanish American War, served as a corporate officer for several businesses, and guided many nonprofits.

Life came to an end for Isaac Lincoln in 1921 at age 58. For his funeral, several businesses closed, and 1,000 people attended services in his 709 S. Kline St. home. Reputed to be the richest man in the state, tributes lauded his many accomplishments as well as his understanding of people in all walks of life. One obituary observed, “He was a wise counsellor, a firm and adhering friend.”

He was a particular friend to Northern. It’s no wonder his name is in stone there. // 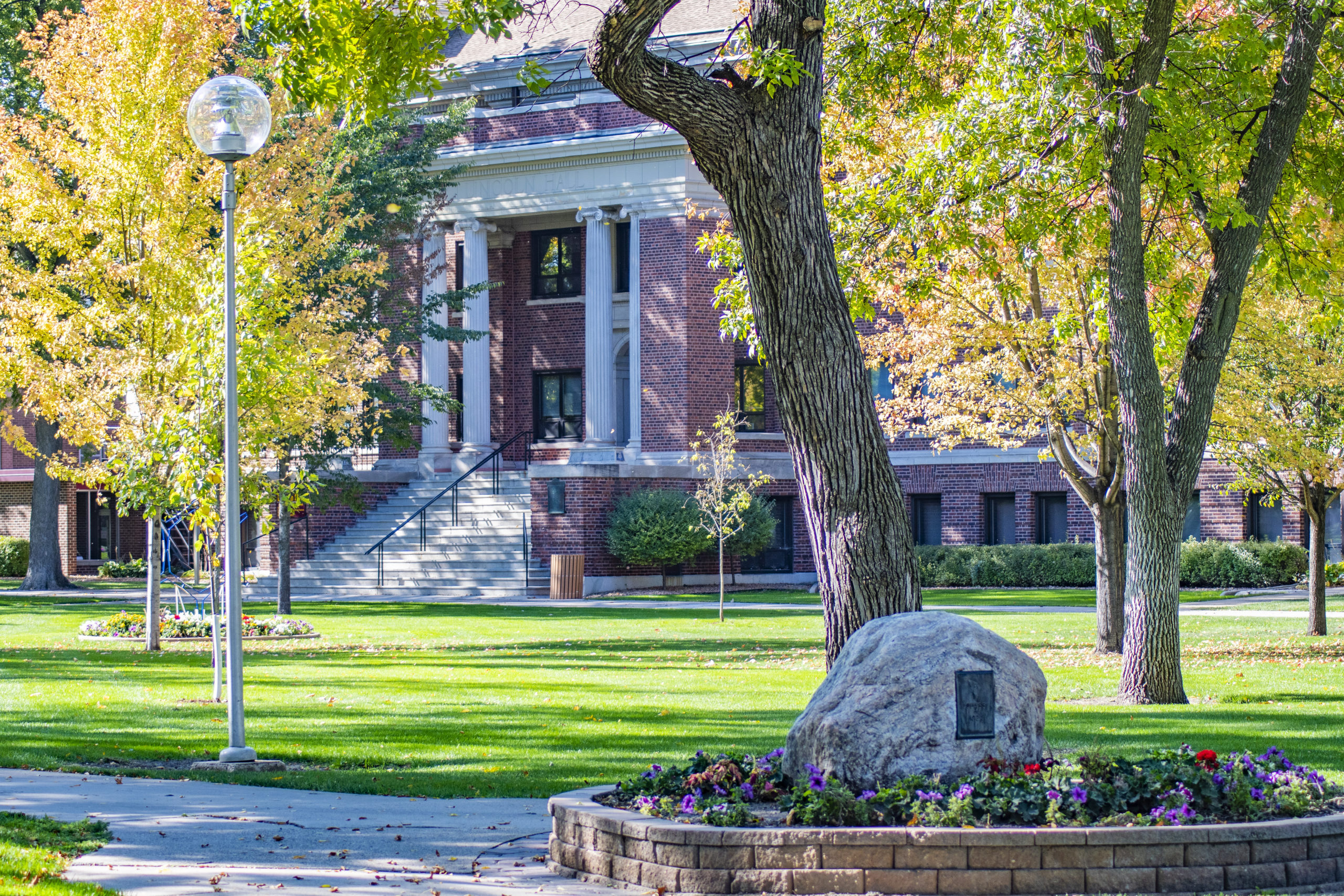 The legacy of Isaac Lincoln and his impact on Northern’s campus continues with the development of the Lincoln Hall Project.

In 2017, a campus master plan was formed to help rejuvenate Northern State University and guide its efforts in enhancing regional economic development. The Lincoln Hall Project is the last remaining academic project of that plan, and pending approval from both the state legislature and federal government, the new facility will be open in fall 2024.

The proposed building would replace Lincoln Hall and Briscoe Hall on Northern’s campus, creating a modern learning environment for both business and nursing students, according to Justin Fraase, vice president for enrollment, communications, and marketing at NSU.

“It is an ideal time to increase our efforts to meet anticipated regional and state workforce demands in business and nursing while increasing collaborations to enhance regional economic development,” Justin explained.

To read more about the project and view images of the facility’s proposed features, visit www.northern.edu/lincoln-hall-project.