Art & Culture
Preserving the Human Experience
Library Cat Translating helps us remember the words of the past.
By Brandon Heim | July/August 2022 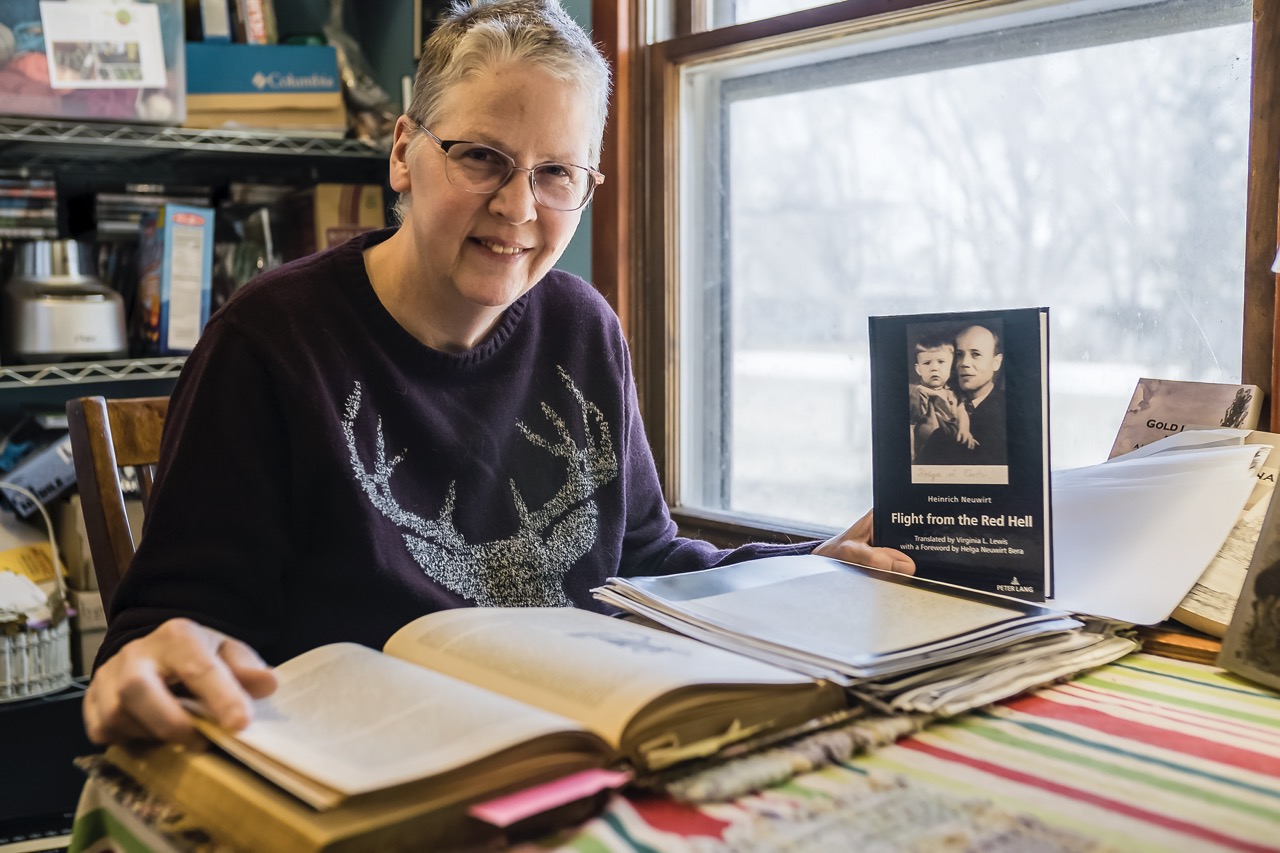 Dr. Ginny Lewis with one of her translated works. Photos by Brandon Heim

Dr. Ginny Lewis is a mother of three, a woman of many talents, and one with an immense love for language. Ginny started Library Cat Translating a few years ago because she saw the need for a translator here in Aberdeen. As the German professor at Northern State University, it was common for people in the community to ask her to translate older handwritten German documents (particularly family records) because no one could read them. Prior to WWII, German used unique handwriting scripts, Kurrent and Sütterlin, that are not used today.

“Brown County has the highest concentration of people of German ancestry in the whole state of South Dakota” Ginny said. “I have a skill that’s rare, because most Germans can’t read this writing… They don’t teach that [either]. The only place I’ve seen it taught is at one of the Hutterite colonies.” The documents are indecipherable to most due to the old German scripts they use. 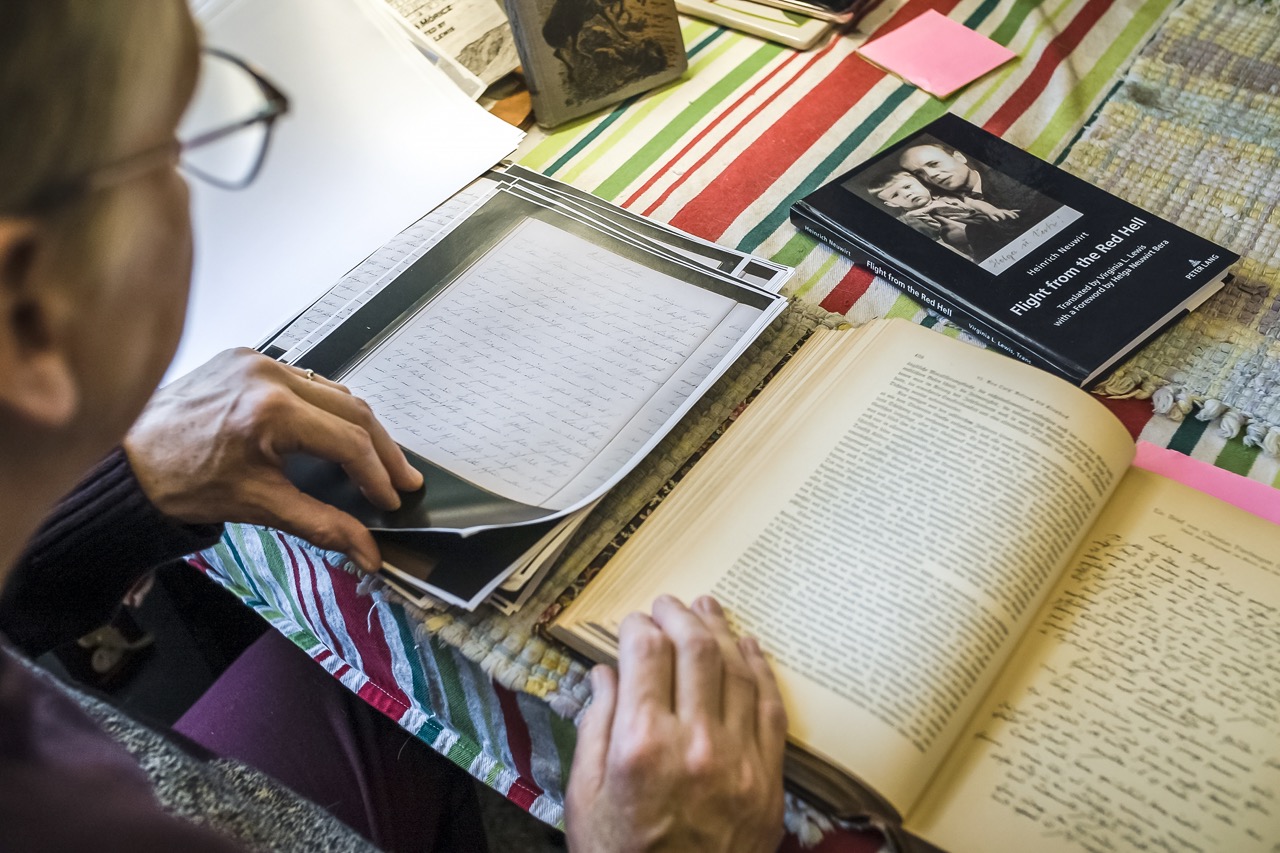 It broke her heart to discover that many people have handwritten letters from their ancestors that they just toss into the garbage because they can’t read them. “If you don’t want to pay a translator to do it, give it to the archives at Northern… we have students doing internships with me and translation courses and the Germans-from-Russia study certificate. We’ll make them available for people who want to access the information. Don’t throw them away!” Ginny stresses.

The documents Ginny primarily translates are vital records, legal documents, and even church constitutions. But Ginny has also translated diaries and journals, firsthand accounts that one wouldn’t be able to read or get from Barnes and Noble without it being a birds-eye view or sifted and analyzed by a historian. As rewarding as it is for Ginny to bring the meaning in these precious documents to life, the work does come with challenges such as poor handwriting and emotional drainage. “The guy is back to another slave camp, where he has to pick cotton all day and eat one bowl of watery soup and survive… It’s draining to translate that, but you don’t want to not do it… Some of the experiences that these people went through are horrifying,” Ginny recounts.

Nonetheless, Ginny prides herself in this unique, niche business. She hopes to give people in Aberdeen a grander view of their heritage, and even bring the meaning in historical letters to life. Even if it’s people just researching their genealogies, she simply wants to save these precious documents, stories, and histories from oblivion.

If you have some old German letters, documents, and/or family records that you’d like translated, you can reach out to Library Cat Translating at www.librarycattranslating.com or [email protected]. //