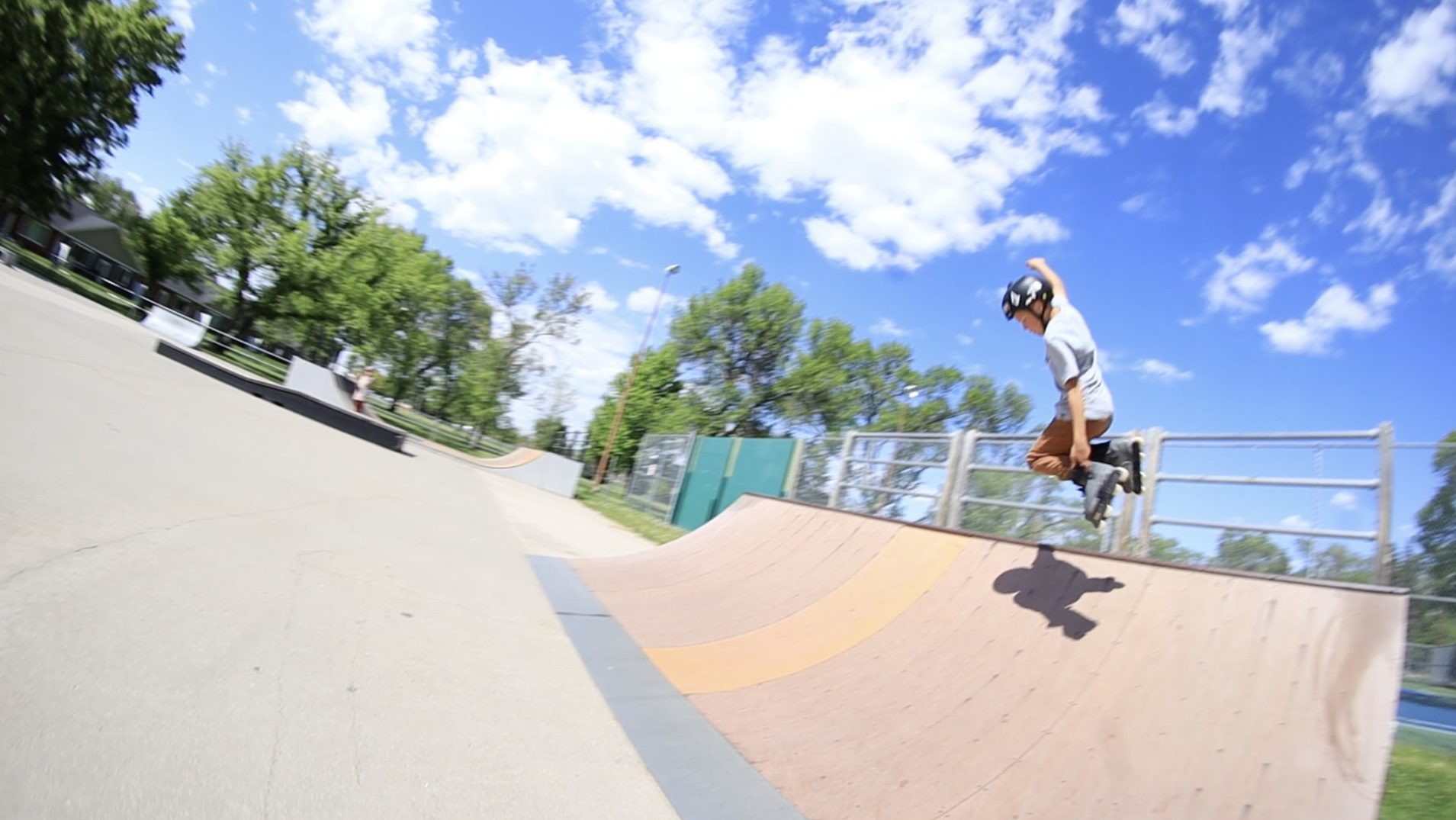 Pro skaters like Tony Hawk and Mark Gonzales have introduced many to the exciting world of extreme sports. Watching the pros on the television is impressive, but with the rise of YouTube, almost anyone can make a name for themselves as long as they have a camera, a passion, and the will to make it happen. Make sure you keep your eyes peeled for the next generation of stars – they might just come from Aberdeen, South Dakota.

Three years ago, Nick Eilts started hosting Reel Skate as part of the YAPAtorium’s summer programming. This year, they will be entering their fifth season of filming with some new additions to the program.

At Reel Skate, participants bring their skateboards, rollerblades, and scooters to Melgaard Park’s skate park and shoot footage for videos that are uploaded to the YAPAtorium’s YouTube channel. Kids are also able to get their daily dose of physical activity and improve their skills.

Nick has been an avid fan of skating for many years, and now he shares that passion with local youth.

“It began when a YAPA patron, Quade Pharis, and I would record some stuff at the skate park and play around with some new camera equipment.” Nick said. “We’d run into a lot of YAPA kids out there, and they joined in too. We had a YouTube account for YAPA for a while, and once a few skate videos were done, I realized that they were pretty easy to do.”

Since then, Reel Skate videos have become a core part of the YAPAtorium’s curriculum. Sometimes the videos have a theme for holidays like Halloween. Most of the time, though, the videos are simply a display of what happens at each week’s session. The amount of footage captured can vary each week, but Nick makes sure that every participant gets screen time.

“Participants come on their own volition,” Nick said. “There isn’t a strict schedule that they have to adhere to. As long as they have a way to get here and know the basics, they’re welcome to join.”

Reel Skate is more than just a fun summer activity. The program helps local youth focus on health, safety, and the community that inevitably forms around those with a common passion. 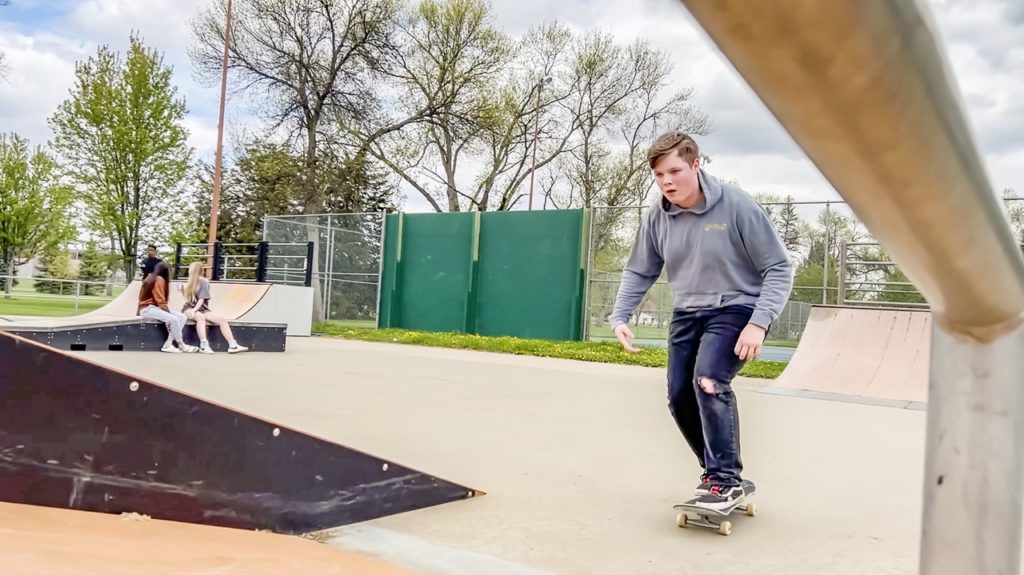 While Reel Skate is promoting better general fitness for kids, it’s also helping them develop real physical abilities with their chosen wheel sports. Not every child ends up involved with school sports, and Reel Skate becomes a chance for them to socialize and stay active. The flexible scheduling allows participants to join when they are able without having to worry about strict obligations.

“We had one kid who just got a scooter and came to Reel Skate. They came every week and went from doing bunny hops to winning the skate competition in one year.” Nick said.

On top of the physical benefits, Reel Skate helps instill confidence in kids. Participants get to see themselves perform in videos with polished effects. Over time, their improvement is documented, and they have these videos to look back on to see how far they’ve come.

“There’s never a push to do something they’re uncomfortable with,” Nick said. “Kids don’t have to be super skilled to get their face in a video. It’s all about documenting what they can do at the moment and helping them become more confident with their skills. A lot of peer coaching ends up happening among the participants.” 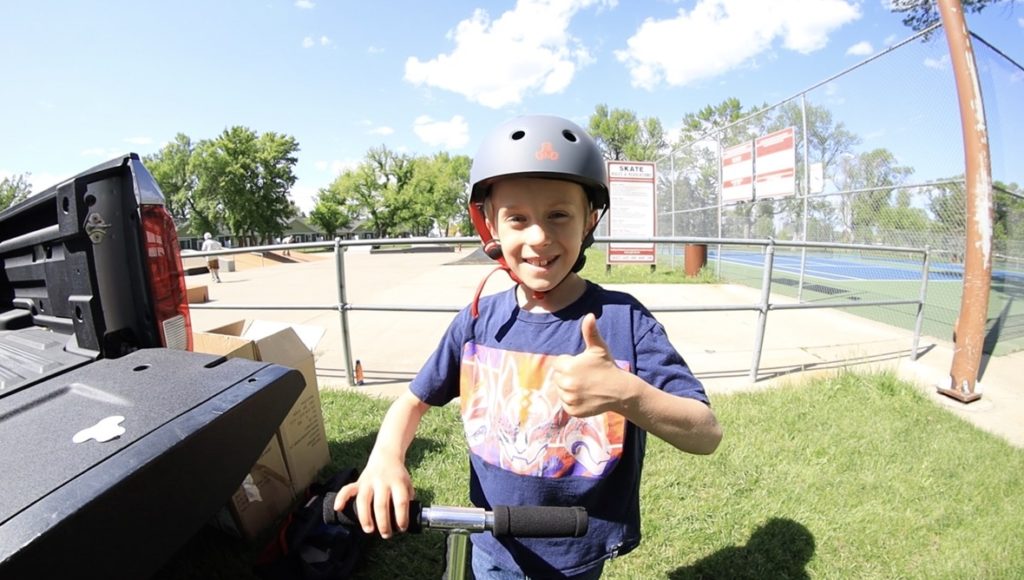 “All parents have the same main concern – helmets. We want to see more kids in helmets, so this year we are offering a free helmet program,” Nick said.

The program, funded by a grant from Change Network South Dakota via the Bush Foundation, will provide participants with a helmet free of charge. Each helmet is from the high-quality brand Triple Eight and will belong to participants even after Reel Skate has concluded for the summer. Participants can get their helmet at any Reel Skate event, as well as The YAPAtorium and the National Night Out event this August.

“Part of the Change Network program is to make community members aware of social issues. There are families of all economic groups in town, and we want to help those who can’t afford proper safety equipment. A lot of families are only one accident away from facing financial hardship, so hopefully this program will create a culture of awareness towards safety equipment.”

An unfortunate reality is that many pro skaters don’t wear helmets during their events. While the culture around helmet use is slowly improving, it is still important to talk with children about proper helmet use.

“A lot of the pros on camera aren’t getting hurt during their big tricks,” Nick added. “The mindset is different when they’re not performing stunts. Little accidents that occur during causal riding are the most common. They’re not as focused and as a result, they can get hurt.” 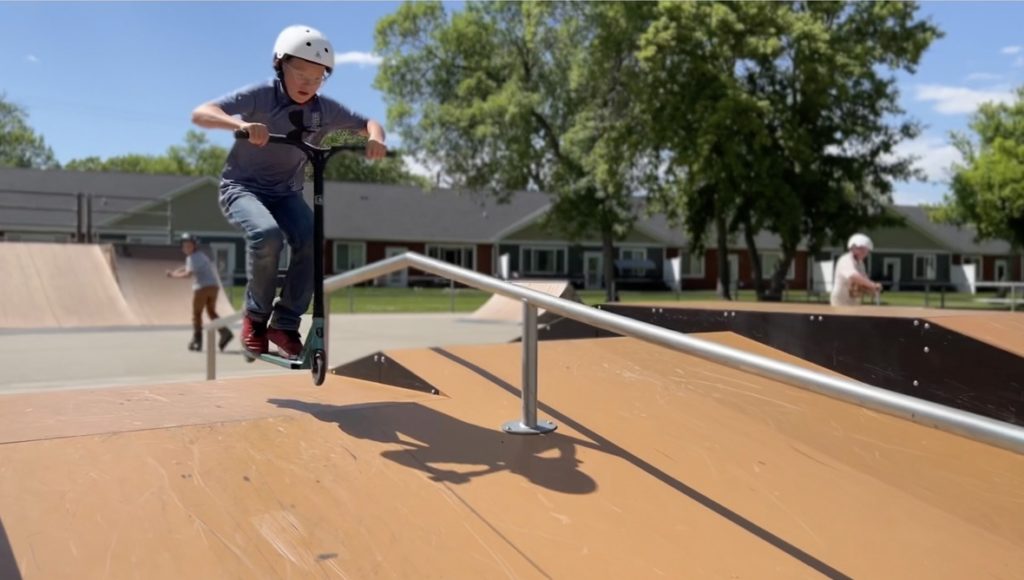 “Ultimately, what I would like to see is growth in the extreme sport community in town,” Nick said. “A lot of these kids have the stuff they need, like the boards and skates, but they don’t have contact with others who are into this. I want to see these kids willing to participate with others in these sports and see them have the same mentality that football or basketball players have.”

In order to foster that sense of community, Nick organized the Hub City Hoedown skate event. Skateboards, rollerblades, and scooters are allowed to compete in a variety of categories, including best trick, best one-minute and three-minute run, long jump, and high jump. As participation grows, Nick plans to incorporate other categories. This year, the Hub City Hoedown will be hosted at Melgaard Park on Saturday, August 13.

“Reel Skate is a media production, but it also functions as practice for those who want to compete in the Hub City Hoedown,” Nick said. “Even if you don’t win a competition, you may be a person who can do a difficult trick on camera. Public acknowledgment is almost more important than an award, and I hope that we can get a larger audience for the skating community.” // 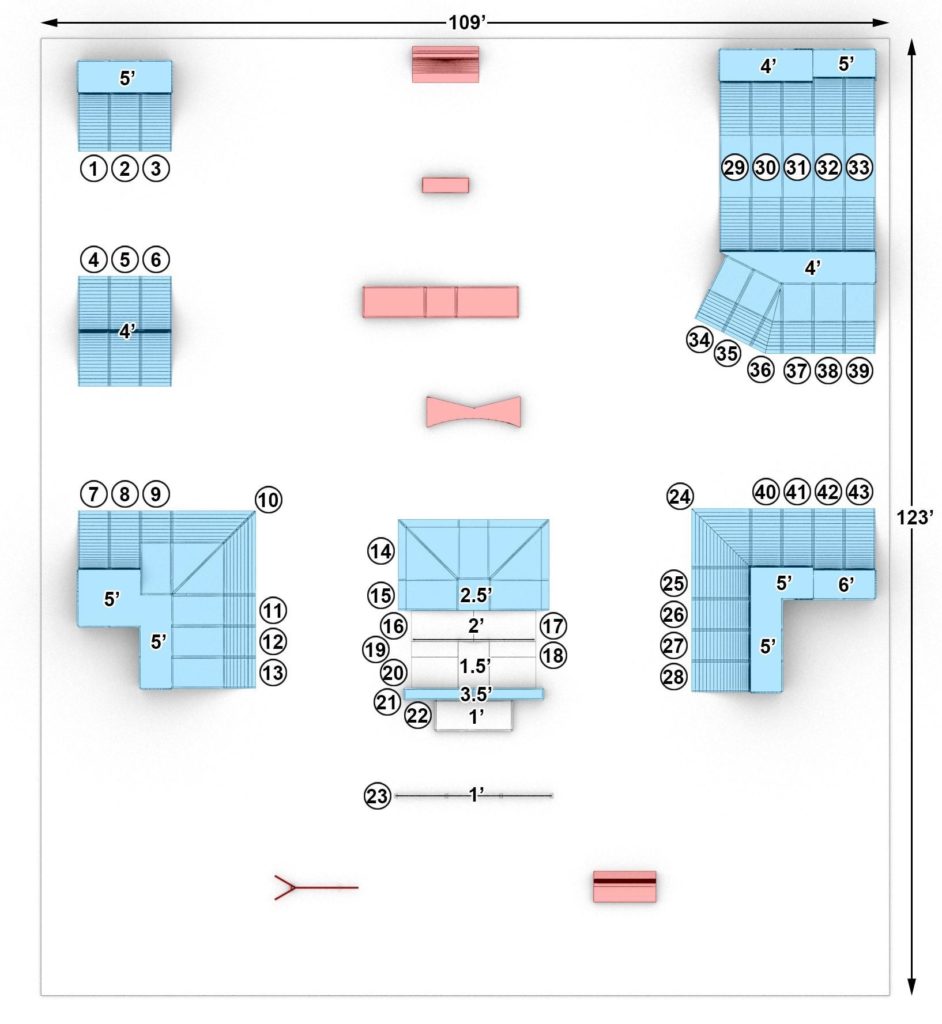