Your City
Game On, Aberdeen!
The Oracle Game Store has nurtured the tabletop gaming community in town.
By Annie Scott | September/October 2022 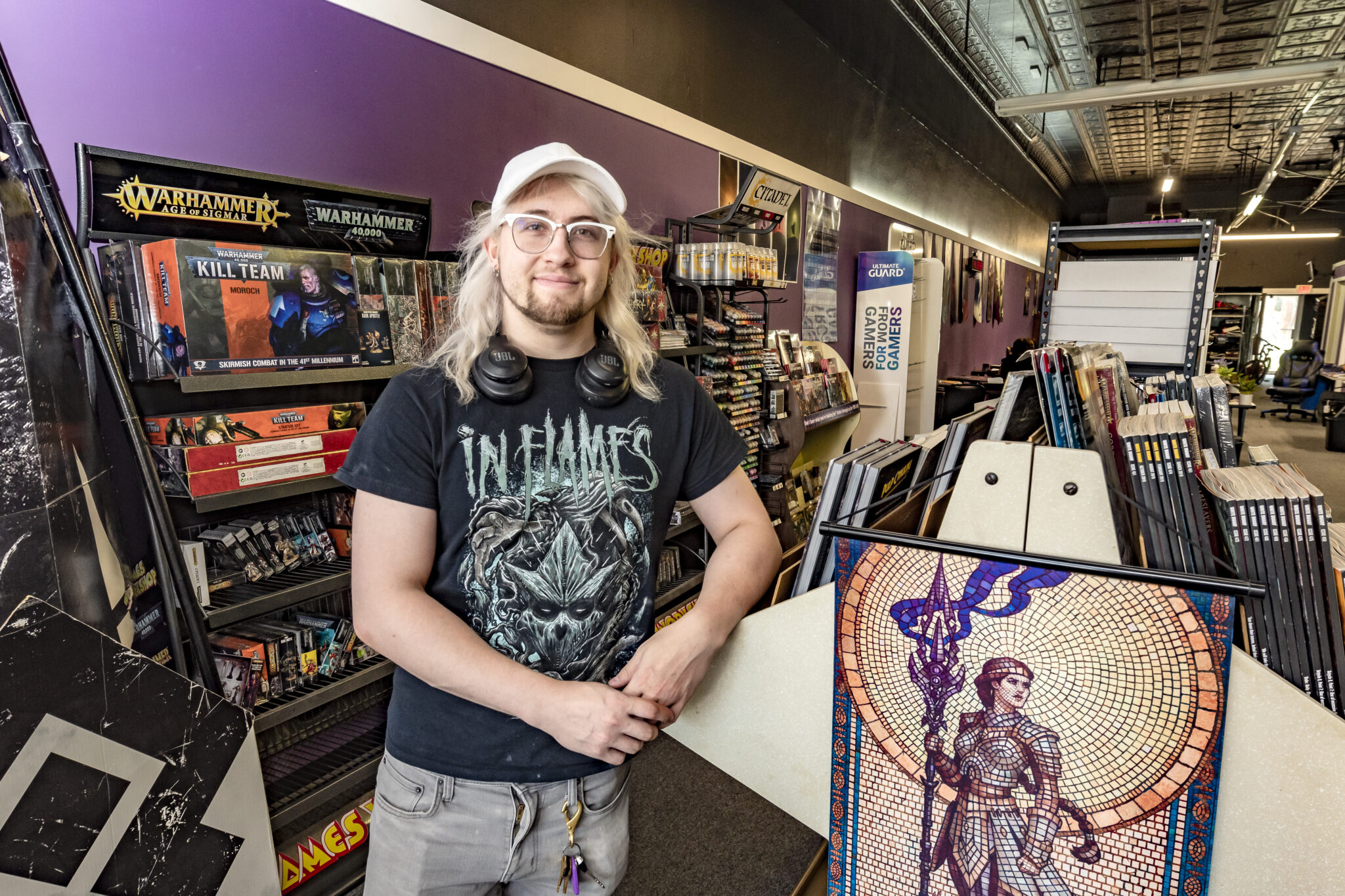 In an age where home video game consoles dominate the market, the days of gathering around fellow gamers seem to be a thing of the past. For over five years, though, the Oracle Game Store has fostered the tabletop game community in Aberdeen.

“I always liked card games and board games,” owner Cody Rumrey said. “I wanted to create a community, where people could make friends and find people to play with.”

There’s something for everyone who enjoys tabletop games at the Oracle Game Store. For those who enjoy games like Dungeons & Dragons and Warhammer, there are campaign books, miniatures, and other supplies available for purchase. Patrons are able to buy and sell trading cards from Magic: The Gathering, Yu-Gi-Oh!, Flesh & Blood, and Pokémon. A wide variety of board games are also available. Recently, the Oracle Game Store has started to dabble in the video game market as well.

“Now that Gamestop closed, there isn’t a place for used games in town,” Cody said. “So I’m that’s something I’m looking into.”

In addition to the retail side of the store, there are many events that patrons can participate in. Last summer, the Oracle Game Store moved to a larger building in downtown Aberdeen, and the growing Dungeons & Dragons and Warhammer community were deciding factors in the relocation. Each day of the week is dedicated to a different event, so there’s always something exciting going on.

“If you’re into a game and we don’t have something scheduled for it, you can come in and find someone to play with just for fun,” Cody said.

While competitive play can be pretty fun and rewarding, the most important thing that many players find at the Oracle Game Store is the community. For those who aren’t quite confident enough to enter a tournament, there’s a good chance that they’ll find someone willing to sit down and go over the basics. //

Warhammer is a tabletop miniature war game with a medieval fantasy theme. Players have an army of miniature figures, which can be painted and customized.

First published in 1974, Dungeons & Dragons is a fantasy tabletop role-playing game in which a Dungeon Master guides a group of players and their characters through a campaign. The actions of the players influence gameplay, so no two campaigns will be the same.

Released in 1993 by Wizards of the Coast, Magic: The Gathering is a trading card game that takes inspiration from traditional fantasy role-playing games. The game includes two or more players as they take the role of a Planeswalker and duel each other until the other players’ life total reaches zero.