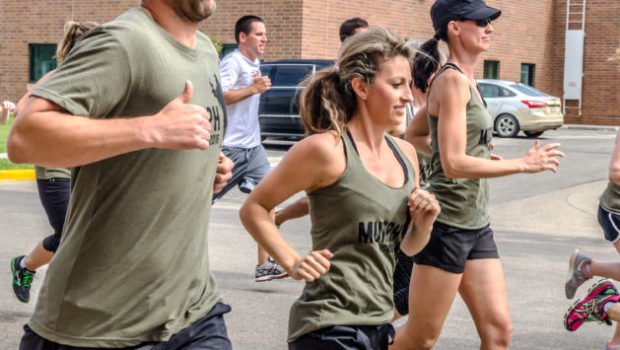 Located just north of the YMCA, CrossFit Rails has been open for a little over a year, but already has about 120 members. According to their website, the goal of CrossFit Rails is to provide the best overall workout experience possible, while maintaining safety and intensity throughout. By combining varying, functional movements with high intensity execution, CrossFit gives its users a more balanced overall fitness.

The largest event that CrossFit Rails puts on each year, Murph’s Challenge, took place on Memorial Day, in honor of the fallen American hero LT. Michael Murphy. Murph’s Challenge is the actual workout that Murphy trained his own team with, and consists of two one-mile runs, with 100 push-ups, 200 pull ups, and 300 air squats in between. Performing the challenge is how Murphy’s memory and legacy are honored across the nation today. “The Murph’s event is about more than just our business here… It’s a special thing,” Director Taylor Newton said. A significant portion of the money that CrossFit Rails raised for the event will go to the LT. Michael P. Murphy Memorial Scholarship Foundation. // — Erin Ballard