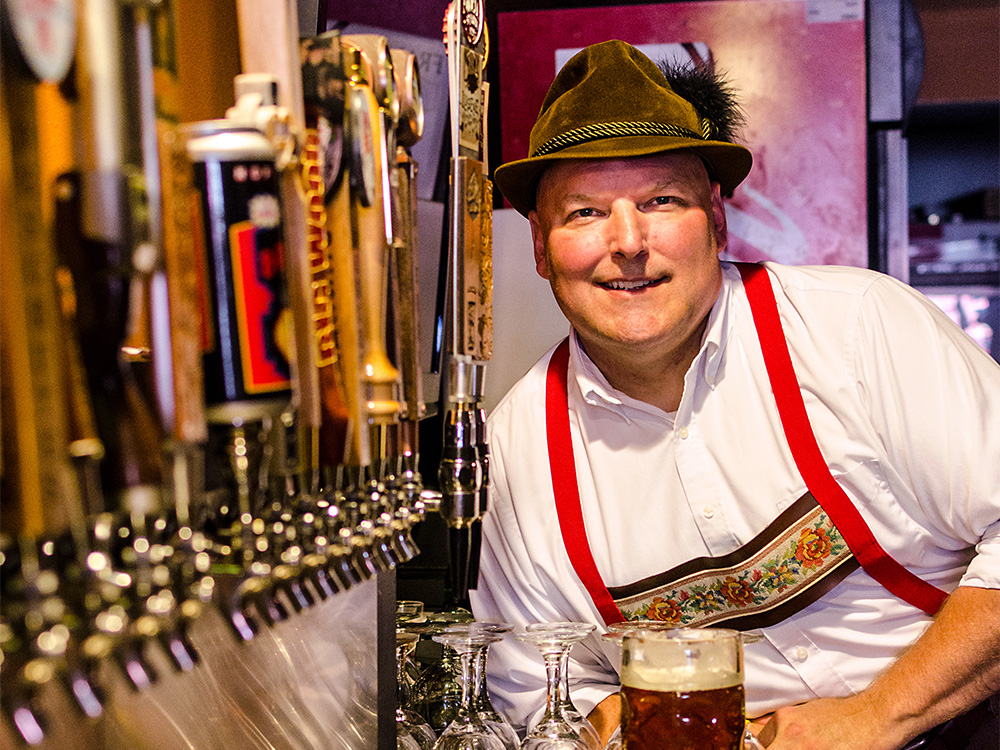 A most interesting german.

Last year, Courtney Rott, Jr., (pictured here at Slacker’s Bar & Hobby) was given the privilege of organizing Kessler’s Oktoberfest, a one-time German themed event. This year, he wants to keep the celebratory spirit of Germany alive by brining you the first ever community Aberdeen Oktoberfest. When asked why he’s so enthusiastic about German culture Courtney explains, “I’m three quarters German-Russian. Rott is a municipality in Bavaria, and Rottweil is a city in Baden-Wurttemberg, where the Rottweiler breed of dog originated. So yeah, I’m no stranger to eating sauerkraut.”

Courtney has been tossing around the idea of bringing a community Oktoberfest to Aberdeen for a few years. “I was always amazed that there wasn’t an ongoing German festival in Aberdeen, when we have such a large population of German-Russian ancestry.” Courtney’s goal is to host a community cultural festival with activities the whole family can enjoy. Aberdeen Oktoberfest will include several authentic German components. There will be performances by the S.G. Edelweiss dancers out of St. Paul, Minnesota — the same “Schuhplattler” dancers that blew the lederhosen off of last year’s crowed at Kessler’s Oktoberfest. Schuhplattler is a traditional dance where men in lederhosen slap their thighs, knees, and soles of their shoes, as they clap their hands and stomp their feet. And then there’s the beloved dog show, a parade of German breeds presented on stage, along with an explanation of the job they were bred to do. Don’t blink or you’ll miss the dachshund races — a series of heats that take place on a short course at Central Park.

The Aberdeen Oktoberfest will feature real German wine and beers such as Ayinger and Hofbrau, served in glass and stoneware mugs. Or you can go all out and opt to sip your drink from a glass boot! Enjoy refreshments accompanied by your favorite traditional German cuisines. “Morning and afternoon are filled with family-friendly activities rooted in German history and culture. We follow that up in the evening with a party atmosphere — great music and lots of dancing. It’s a full day of entertainment!” Courtney exclaims.